A Little About Us

W.E. Beaty Inc. was founded in 1986 by Ernie Beaty. Ernie had worked for a company that did block laying when a builder came to him looking for someone who could perform multiple tasks in the home-building process. Ernie decided to start his own business, providing turnkey foundation services.

Ernie found success, both in the home-building and commercial realms, and built a staff of dependable and honest workers. His staff became like family to Ernie. He took great interest in their lives and did anything he could for his team.

Ernie’s sons, Scott and Stephen, grew up on their father’s job sites, riding their bikes around the dirt piles. They started working for the family during summers in middle school. Both started out as general laborers, learning the process from the ground up. Through the years, they moved through the ranks, becoming crew foreman. In 2013, Ernie turned the company over to the boys full time and retired (semi-retired, that is. Ernie will always have a part to play in his concrete family). 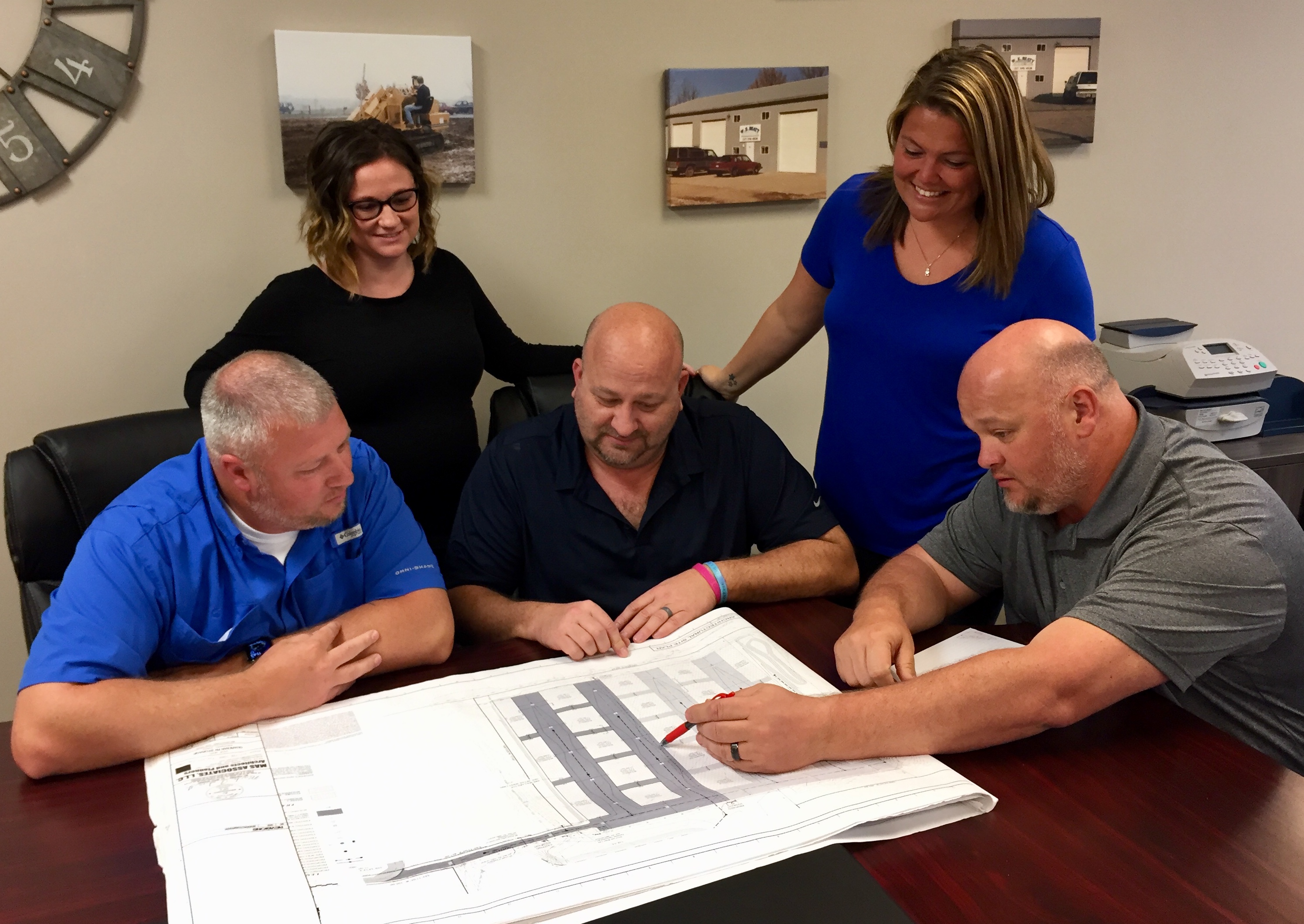 Scott and Stephen work hard to uphold the level of quality, camaraderie and respect their father fostered at W.E. Beaty Inc.

The W.E. Beaty Inc. team of today is still a tight-knit crew of actual family and chosen family. Our atmosphere is laid-back in nature but focused in business. You’ll often find the team laughing together as we work on a project. This atmosphere fosters great teamwork and accountability to each other and our mission. Every member knows their role to play and has very specific goals. Our crew will go above and beyond to help every piece of the building process go smoothly, working in constant communication with other contractors involved. We will fill in gaps if it means getting your job done correctly and on time.

Interested in Working on the W.E. Beaty Team?
Apply Now